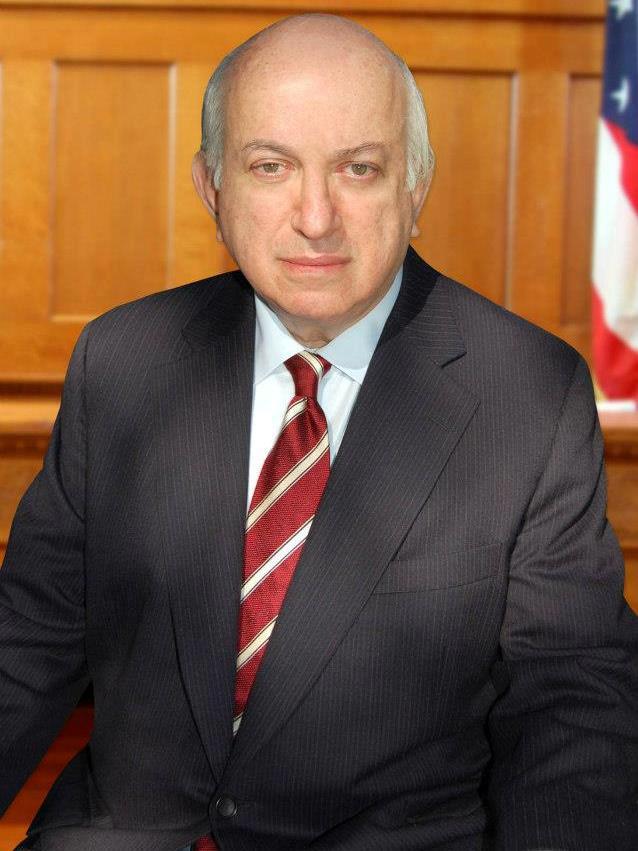 John Lang is an experienced trial attorney whose practice now focuses on New York trust and estate litigation, probate litigation, will contests, and estate administration. Equally at home in a United States District Court as in a New York State Surrogate’s Court, Mr. Lang’s extensive capabilities also include commercial litigation, tax controversies, investigations, regulatory advocacy, and white collar defense matters. The hallmark of Mr. Lang’s legal style is an aggressive, result-oriented approach, executed with a strategic vision and tactical savvy developed through decades as lead counsel in trials and arbitrations. He represents executives, professionals, companies, charitable entities, and high net worth individuals in sensitive matters where discretion and avoidance of publicity is paramount.

John Lang’s achievements in his trusts and estates practice have been recognized with the highest ratings from Martindale-Hubbell, Avvo, and Lawyers.com; a Super Lawyers designation from Thomson-Reuters; and selection by The American Society of Litigation Advocates as one of the “Top 100 Trusts and Estates Lawyers in New York State.”

What truly distinguishes John Lang from most trust and estate practitioners are the numerous distinctions he has earned as a trial attorney and trusts and estates litigator. These include being selected as a fellow of the Litigation Counsel of America trial lawyer honorary society, selection by the American Academy of Trial Attorneys as a Premiere 100 Trial Attorney for New York, recognition as a National Trial Lawyers Top 100 trial attorney for New York, recognition by Corporate America magazine as Legal Elite –Best for Probate Litigation, selection by Acquisition International magazine as Best for Trusts and Estates Litigation, and winner of the Corporate LiveWire 2015 Award for Excellence in Estate Litigation – New York (sponsored by the International Association of Lawyers and Swissport).

John Lang is a combat veteran of the United States Marine Corps.  He served overseas with the 26th Marines Regiment.

After his military service, Mr. Lang began his legal career by serving as a New York County Assistant District Attorney. Mr. Lang rose to the position of Senior Trial Counsel in the Major Felony Program, prosecuting major crimes committed by career criminals. He distinguished himself in the case of State v. Carbone, where he proved the innocence of a mistakenly arrested honor student, obtaining a jury trial conviction of the real perpetrator of the crime – a look-alike for the student. Mr. Lang was promoted to Deputy Chief of the Frauds Bureau, where his focus was white collar crime investigations, and where he pioneered Medicaid fraud prosecutions. Following his distinguished career as an assistant district attorney, John Lang was appointed a Special Assistant Attorney General in the Special Prosecutions Bureau of the New York State Attorney General’s Office, where as Chief Assistant to the Special Prosecutor he investigated and successfully tried official corruption cases.

Mr. Lang transitioned into private practice at Phillips Lytle, one of the oldest and largest law firms based in Upstate New York.  There, he handled a broad spectrum of commercial litigations, including banking, tax, real estate, technology, and products liability cases.  Among Mr. Lang’s favorable trial verdicts while with Phillips Lytle was a U.S. District Court jury trial verdict of ‘no tax liability’ in a case brought by the Internal Revenue Service seeking to hold a bank vicariously liable for the tax liability of a commercial loan customer.

In 1991, Mr. Lang joined the international law firm Loeb & Loeb LLP, where he was a senior litigation partner for 18 years.  At Loeb, he handled major cases commercial and probate cases on behalf of financial institutions, senior executives, and high net worth individuals.  He also developed an in-house litigation training program and spearheaded the firm’s pro bono efforts on behalf of at-risk children.   His pro bono work has attracted national attention, including a full profile in Inside Children’s Rights, and mentions in articles in the New York Law Journal, Corporate Board Member Magazine, and The Clarion Ledger.  In recognition of his many contributions, Mr. Lang was awarded the 2006 Loeb & Loeb Professional and Community Service Award.

Although then focusing mostly on commercial, probate, and tax litigation, Mr. Lang he may best be remembered at Loeb for obtaining the dismissal of the government’s bribery case against a West Coast businessman, in the midst of a jury trial.  The defendant had been recorded making a bribe, had made a videotaped confession to the FBI at the time of his arrest, and had previously pleaded guilty in U.S. District Court to the same charges Mr. Lang was called upon to defend at trial.  John Lang defended the case based on a theory of entrapment, proved perjury on the part of the lead federal agent, and secured the dismissal at trial of the case by the same judge before whom the defendant had previously pleaded guilty.

In 2010, Mr. Lang left Loeb and founded Law Offices of John F. Lang (now Law Offices of John F. Lang, PLLC).  At this point in his career, John Lang’s experience included representing the widow of Ice cream business magnate Tom Carvel in a highly contentious major estate litigation and obtaining a favorable Queens County Surrogate’s Court jury trial verdict in a case of a forged codicil to a will.  Mr. Lang soon found that, as a result of his probate court experience and client demand, his law practice increasingly focused on trusts and estates controversies.

Mr. Lang’s legal career reflects his commitment to public service, honest government, civil rights, and his passion to protect at-risk children from neglect and abuse.  He continues to be an ardent champion of individual liberties who embraces the opportunity to represent parties and witnesses seeking justice in the areas of probate litigation, trust litigation, investigations, and related controversies.  In handling these matters, Mr. Lang puts makes full use of his court room and investigative experience.

No case is too challenging for John Lang and no client is undeserving of his experience, judgment, and dedication.

The Making of an Estate Litigator

Success in estate litigation requires not only knowledge of the law of trusts and estates, but also strong courtroom skills and experience in matters concerning business, finance, and, often, defeating fraudulent schemes. As John Lang proved himself in these different areas over the years, it became increasingly evident that he could be of most benefit to his clients by becoming a full-time estate litigator. The representative matters described below tell the story of John’s journey.

John Lang is a combat veteran of the United States Marine Corps.  He served overseas with the 26th Marines Regiment.

United States Courts of Appeals for the Second and Fifth Circuits

Association of the Bar of the City of New York (Small Law Firm Committee);

Worldwide Who's Who Registry for Executives, Professionals and Entrepreneurs (member)

John Lang has been honored with the highest peer rating of "AV Preeminent" (5.0 of possible 5.0) by Martindale-Hubbell, which also designated him a "Top Rated Lawyer in Trusts and Estates."

Mr. Lang has been recognized as a "New York Metro Super Lawyer" by Thompson Reuters.

He has been honored with a "Superb" rating (10.0 of possible 10.0) by Avvo, the consumer website that rates legal and medical professionals.

The American Society of Legal Advocates selected John Lang as one of the "Top 100 Trusts and Estates Lawyers in New York State" for 2013.

Kentucky Governor Martha Layne Collins honored John Lang in 1986 by commissioning him as a Kentucky Colonel.

The Executive's Guide to Depositions: A Practical Reference Explaining the Deposition
Stage Of Pre-Trial Discovery in Commercial Litigation. Aspatore Books, a division of
Thomson-West, 2008. ISBN 978-0-314-98716-7

Continuing Legal Education Lectures and Webinars to the Profession

In 2012, at the Harvard Club in New York City, Mr. Lang made a presentation on trial technique to a gathering of trial attorneys at the Litigation Counsel of America’s Renaissance Symposium VI.

In 2013, as a faculty member of LawReviewCLE.com John Lang was a speaker in a program at the N.Y.C. Bar Association entitled “Everything You Ever Wanted to Know about Litigating in Probate Court.”John's topics included Discovery and Motion Practice, Mediation in Estate Litigation, and Tax Implications of Settlements of Probate Litigation.

Also in 2013, as a faculty member of Lawline.com, John Lang presented a course entitled: “Winning the Tough Case by Embracing the Negative.”