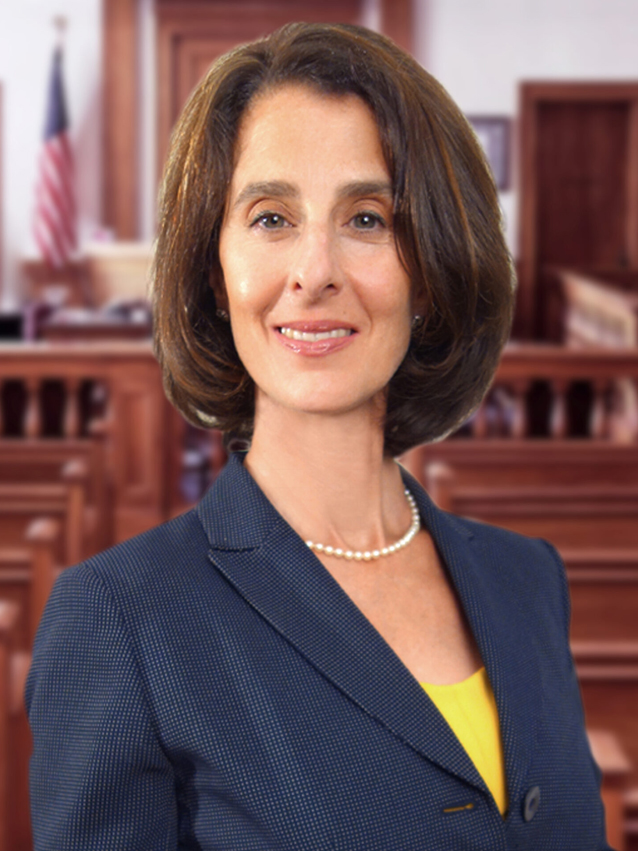 With twenty years’ experience as a litigator at respected law firms, and as Special Counsel to the New York City’s Corporation Counsel, Jill Teitel brings an integrated and comprehensive perspective tailored designed to clients’ needs. As Of Counsel for the Law Office of John Lang, she assists in all aspects of trusts and estate litigation and strategy. With an eye towards clients’ best interests, she gains great satisfaction in listening to her clients’ goals and talking through available strategies to achieve long lasting and meaningful results.

Early in her career as an attorney for the City of New York, handling over 100 trials engendered in Ms. Teitel a feeling that justice can and should be attained through preparation and hard work. She learned the way to strategize litigations to accentuate the positives. With the law office of John Lang, she advocates for fiduciaries and beneficiaries of trusts and estates and helps them achieve resolution and peace of mind.

Beginning in 2001, Ms. Teitel began to focus in the area of commercial litigation representing small businesses with cross border ties. From this practice, and the mentoring of trusts and estates litigators, she began to concentrate in the varied practice of trusts and estates and handled all aspects of this practice, including, litigation, estate planning, and estate administration. During her tenure at a small boutique firm in New York City, she worked on litigations regarding various high net worth estates in the New York County Surrogate’s Court and the U.S. Virgin Islands. In addition to her trusts and estates focus at that firm, she was lead counsel for a Panamanian company in an international arbitration before a tribunal at the American Arbitration Association. In that case, she asserted the company’s rights under a telecom contract against the company’s investors; In that case, prepared witnesses for trial in Venezuela; and relied upon the substantive foreign law of Venezuela to make her arguments to the tribunal.

After 10 years of working as an associate at law firms in New York City, Ms. Teitel was appointed as Court Attorney Referee, in 2010. he Kings County Surrogate’s Court, she was called upon by Surrogate Margarita Lopez Torres to conference cases and assist in the resolution of over 50 disputed matters. Ms. Teitel drafted opinions for the Surrogate, and she heard and reported to the Surrogate on kinship hearings and Article 17A guardianship matters. It was here that she gained invaluable exposure to the inner workings of the Surrogate’s Court and the process of how best to negotiate effective results for her clients.

In 2011, Ms. Teitel transitioned to private practice and successfully represents parties before the Surrogate’s Courts of New York City and sometimes outside the City. The proceedings she commences and defends for her clients range from turnovers, ejectments, removal of fiduciaries and accountings. Ms. Teitel continues to work with international clients and always welcomes matters that have an international component. Ms. Teitel also advises clients in their estate planning.

Ms. Teitel regularly receives appointments as Court Evaluator in New York Supreme Court before the Judges who handle guardianship matters. She is regularly appointed as Guardian ad Litem in New York County Surrogate’s Court. In the past, Ms. Teitel was a Court Examiner in Guardianship cases appointed by the Appellate Division, 2nd Department, where she reviewed Guardians’ annual accountings and reported to the Kings County Supreme Court, lending to her well rounded approach to advising clients in varied situations.

Ms. Teitel is a trained mediator and accepts cases from the New York State Supreme Court, New York County Commercial Division, and the New Jersey Superior Court. As passionate about the process of resolution as she is about advocating for her clients, mediation was a natural addition to Ms. Teitel’s services. She accepts a few cases a year and is interested in the theory and scholarship of mediation of commercial disputes.

Ms. Teitel is a strong advocate of educating and exchanging ideas in her local community and abroad. She served for several years as an observer to the United Nations Commission on International Trade Law in its working groups on Secured Transactions and Arbitration. As an ardent supporter of free speech, she served on the Board of Directors of the New York City non-profit, Women’s eNews for 2 years where she assisted eNews in creating their annual agendas and their annual gala event awarding honorees for their commitment to journalism and legal advocacy for women and women’s issues around the world.

She is devoted to teaching, public speaking and publishing her written work.