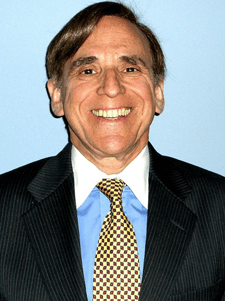 Craig Wolson brings a new dimension of capability to our firm.

Craig’s experience encompasses both the world of in-house corporate counsel and the world of large law firm corporate, securities, and finance practice.   He has served as Assistant General Counsel to two large public corporations and General Counsel to a small, privately-held company and its affiliates.   He has also been an Associate, Special Counsel, or Partner at several of the leading transactional law firms in the United States, including, Cadwalader, Wickersham & Taft LLP.  Craig’s expertise has led to his serving as an expert witness or litigation consultant to a number of leading U.S. law firms.  He has also been appointed to serve on the roster of arbitrators of the American Arbitration Association, in particular because of his expertise in structured finance, securities, and derivatives matters.  With Craig on board, we are now able to offer selected corporate, securities, and finance services and counsel to our clients, both large and small.  We are also able to handle very sophisticated commercial litigations with Craig serving as an in-house consultant.

Below is a summary of the kind of work that Craig has done in his past positions.  More information is available on this website in the description of our corporate practice.

1. With the exception of the last publication listed above, Mr. Wolson served as a co-author of the publications listed.
2. The list above is only a partial list of Mr. Wolson’s publications.  For a complete list, see the “Publications” page on this web site.

Notwithstanding his heading up our corporate practice, Craig continues to be available, independently of our firm and with its blessings, as an expert witness, as a litigation consultant to other law firms, as an arbitrator for the American Arbitration Association, and for highly specialized legal services to certain other firms.